Are you using the full creative entrepreneurial capacity of your team? Social entrepreneur Niels van der Weerdt explains how to boost intrapreneurship in your company. 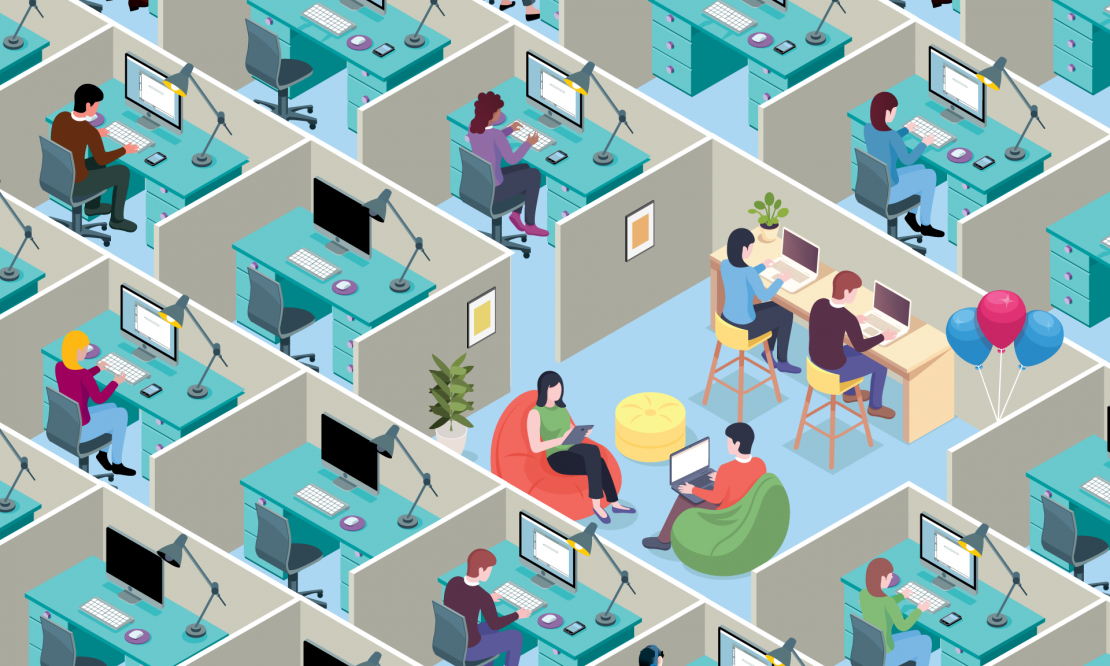 What’s the best way to unleash great ideas for your business and stay one step ahead of the competition? Make everyone think like an entrepreneur – even if they’re not one. Intrapreneurship – thinking and acting like an entrepreneur within a company – allows companies to truly unleash their staff’s potential, says Niels van der Weerdt (Business Administration, 1999), consultant and founder of Erasmus’s Sociale Innovatie Academie.

“Seventy per cent of ideas in business originate on the workfloor,” he says, “but many of those innovations fail because of a lack of support. There is an absence of an organisational behaviour pattern – that is, employees are not involved and facilitated in delivering innovation. Also, many innovation initiatives started by management or originating from R&D fail because they don’t involve the workfloor in the development of those innovations. So, the potential for bottom-up innovation is not being used, while the chances for top-down innovation are limited. Giving every person in the company the space and the opportunity to not only contribute to, but develop, ideas is hugely beneficial for the individual and the company itself.”

Intrapreneurship can galvanise companies, adds van der Weerdt, who recently founded the Sociale Innovatie Academie at Erasmus, to promote the way social innovation can boost businesses and develop employees’ intrapreneurial skills. “Research has found that innovation success is only 25 per cent dependent on technical components, but 75 per cent on social innovation. It’s clear that an inclusive and collaborative company culture can drive the business.”

So, what does effective intrapreneurship look like? Van der Weerdt says that idea generation is characterised by three key factors: universal access; a focus on structured but broad problems; and openness. “Some corporates focus on entrepreneurship within dedicated units, innovation centres or internal venturing centres, but that’s for particular individuals or teams,” he says.

“First, true intrapreneurship gives every single employee the opportunity and the space to innovate. Next, it’s great to have ‘open book’ ideas where anyone can suggest anything at any time – and that’s certainly part of it – but the idea is to get concrete input from your staff in a structured way. The best way is to rally people behind a specific challenge or goal, or to solve a particular problem. And a broad goal works best. For example, shifting towards digitalisation of certain processes, or improve a specific KPI this year. But that’s it – a big challenge through which people can channel their ideas. If the problem or goal is too narrow, that stifles innovative thinking.

“Finally, every idea is welcomed in this first stage, without judgment, and then you take all of them to the next stage – maybe a committee – to evaluate how each idea complements company goals and is feasible.”

Of course, the hard part is not generating ideas but putting them into practice. And for that you need trust. “Managers must be able to trust individuals with these ideas, and the individual must be able to trust that no-one will think badly of them if it doesn’t work,” he says. “Once you accept an idea, allow someone to run with it. Give them the time and space to try it out. It might be a fantastic success, but if it isn’t, that staff member needs the freedom to fail without being judged or punished. If it doesn’t work, you haven’t wasted the money; it was an investment in intrapreneurial skills. The language you use to communicate to staff is important, too. Don’t ever call it a failure; it’s not a miss, it’s just that you didn’t quite hit the target – but the company had faith in the idea and, most importantly, in the owner of the idea.”

Van der Weerdt believes another key ingredient is soft skills management. “It’s all about welcoming, encouraging and facilitating,” he says. “If one out of four ideas gets through, that means three out of four didn’t make it. People can quickly become disheartened or disillusioned, and managers need to really commit to time with those whose ideas were not used, to explain why, but also to make them realise that every one of their ideas is valuable, that the whole company works together and that you really need them to keep contributing.”

And in fact, the evidence more than bears this out. Only a small percentage of ideas have to be workable to make a real difference, and ensuring that everyone participates – whether or not their individual idea makes it – is key to surfacing ideas that will work. “In a recent case study, one Dutch business received 2,000 ideas from its teams, nearly 25 per cent were implemented, and it saved the company around €10m – about €20,000 per idea. That’s worth doing!”

Finally, for those ideas that do make a difference, credit should be given where it’s due. “Recognition of where an idea came from is hugely important,” says van der Weerdt. “But the whole department, or better yet the whole workforce, should be rewarded. Personal financial incentives are not a good idea – they can lead to unhealthy competition, secrecy, rivalry and non-collaborative working. But group or ‘community’ incentives can work. One company I know of has launched a programme to reduce the costs of wear and wastage of machinery – something employees have a direct impact on – and will give half of those savings to the staff to distribute to charities of their choice.”

Such openness around ideas and innovation, allowing people space to follow their suggestions through, makes for collaborative working across the whole organisation. “You begin to see innovation communities developing, people working as innovation brokers, bringing people together across departments and hierarchical levels. It not only helps your team and your customers, but valuing these contributions from staff makes for a happy, engaged team, improving staff retention and making your business attractive to future employees.

“If you don’t trust the people you hire to bring ideas to take your company forward, you have either hired the wrong people or you don’t have the right culture. Every contribution is valuable, and that value is about both coming up with ideas or supporting others’ suggestions. Get it right and you can get all employees at all levels to act and think like intrapreneurs.”