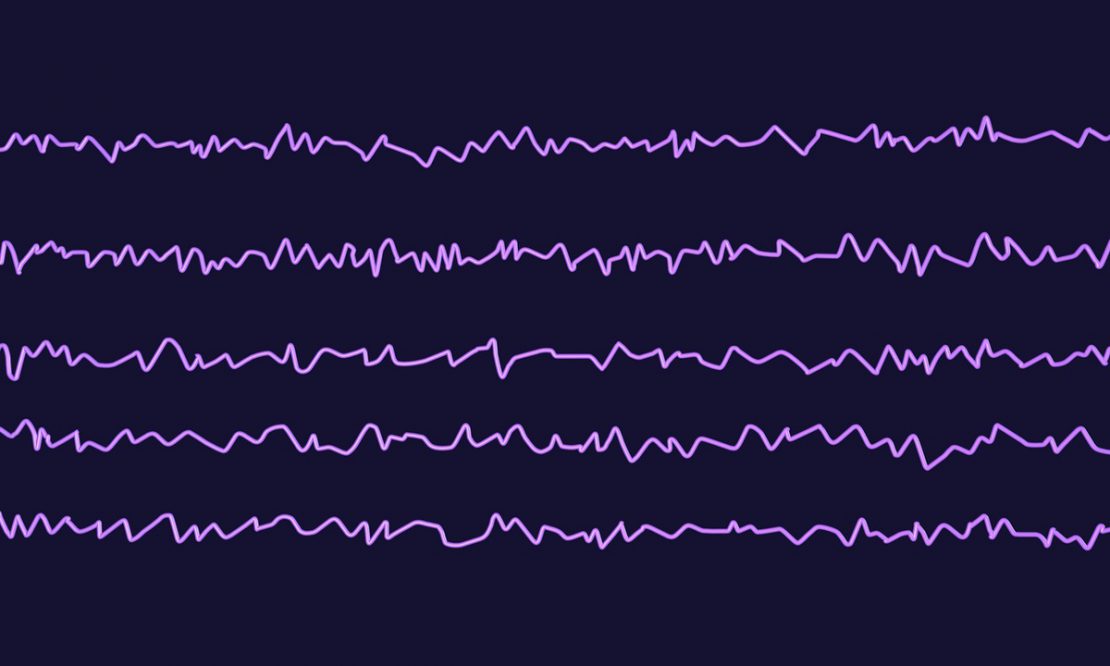 Know your customer. It’s the first rule of business. Know their income, their habits, their needs, their likes and dislikes. For many people, that’s enough. But if you really want to understand what makes a sale – or not – you need to go further. You have to look inside your consumer’s brain. Take your average supermarket shopper: how quickly do they move down that aisle? Slow them down and you increase their spend. Got a man in love? Target him with a luxury watch (since he’s more likely to respond than his lovelorn pal). As for Bowie vs Nederpop (or your brand vs your competitor), it’s all about getting in there first.

Frilly bras, holiday snaps and cover versions of Bowie songs. What’s the connection? Just ask participants in Dr Bram Van den Bergh’s decision-making experiments – they are the raw materials that offer a unique insight into the way our minds work. Borrowing the best bits from the worlds of psychology, economics and biology, Van den Bergh’s research as a behavioural scientist in the Department of Marketing Management attempts to uncover the fundamental drivers of our behaviour, asking questions that get to the very core of why we do what we do. Can a sexual response affect how we make a decision on finances? Does immediate gratification trump greater long-term benefit? And do shoppers behave like rats in a maze?

“What I find fascinating is that, unlike maths or physics, you can discover patterns in people’s behaviour, but there are no laws. People are sometimes irrational: they don’t make decisions that normal, rational, normative frameworks expect. People don’t always make the best decisions – we eat junk food, we don’t exercise enough – and I find that t ension really interesting. Why do we make the decisions we make and how can I understand that?”

Compared with economics, psychology takes a less strait-laced approach to examining what makes humans tick. When economists produce models to describe how people should behave, large gaps often appear between modelling and real life. And it’s in this complex, contingent and messy region that researchers like Van den Bergh operate.

And so it was that, around 10 years ago, Van den Bergh invited a group of his male, heterosexual students to inspect a piece of exotic lingerie he had bought the week before. It was a study in intertemporal choice: the trade-offs we’re willing to make when presented with the choice between a small reward now versus a larger, future reward.

Updating a famous 1960s delayed gratification study by the Stanford psychologist Walter Mischel – offering children one marshmallow now but two if they waited 15 minutes – Van den Bergh wanted to find out how much of our decision-making is hardwired. “If you ask people if they want €15 now or €20 next week, they are often very short-sighted. It’s like Aesop’s fable of the ant and the grasshopper,” he says. “Animals – including humans – need to make trade-offs between the present and the future in order to survive. I think we’re hardwired to make decisions that have been with us for our entire evolutionary history.”

And the frilly bras? Van den Bergh’s hypothesis was that by stimulating the brain’s reward centres with a sexual cue, people were likely to become more impatient and therefore more likely to make short-sighted decisions. He tested this by giving participants in his study either bras or T-shirts, then asked how much money they would require in a week and a month to make them indifferent to receiving €15 immediately.

The study revealed that if they’d been handling a bra rather than a T-shirt, participants required more money in the future to forgo an immediate €15. What’s interesting about the results is that they show you can increase desire in one domain (sex) and people will try to satisfy it in another (money). In other words, people’s sexual desire spills over into their financial decision-making.

“A lot of neuroscience is revealing that we process rewards in one particular part of the brain – a reward is a reward, whether it’s food or sex, money or a marshmallow. All these rewards are processed in a similar way,” Van den Bergh explains. “The biggest contribution of our study is that there’s this generalised reward sensitivity – that the way we respond to rewards is fungible, or interchangeable.”

Fast-forward a year, and study participants were back in his lab, but rather than handling bras and making financial decisions, they were listening to music and looking at holiday photos. Dispensing with bras, Van den Bergh had decided to try to explain a piece of behaviour that he’d spotted in himself, his children and his colleagues.

“A while ago, the Belgian singer, Jasper Steverlinck, recorded a cover version of Life on Mars. I loved it, but only later did I realise that the original was a famous song by David Bowie,” he recalls. “However, when I listened to Bowie’s version, I didn’t really like it! My colleagues have had similar experiences, and I notice it with my kids too. There’s a popular Belgian TV show that uses covers of famous songs, and, while I prefer the originals that I grew up with, my kids always like the covers best.”

What was going on, Van den Bergh wondered? Could we be programmed in some way to prefer the first version of something we see or hear? And what kind of experiment could he design to test this hypothesis? Taking his cue from Bowie vs Steverlinck’s Life on Mars, he selected eight pairs of songs – the original and a cover version in each – and recruited 1,400 participants via a Belgian radio station. Each listened to a 30-second clip from the eight song pairs and told Van den Bergh which they preferred and which they had heard first.

He replicated the study using photographs of landscapes. In the first – exposure – phase of the experiment, participants saw several, each pair twice: once with both pictures in their original orientation and once as mirror images. In the test phase, they were then presented with pairs of the same image – the original and the mirror image – and asked which they preferred.

Although the study can’t tell us why this happens, researchers believe that seeing or hearing something for the first time leaves more of a “mental mark” in our brains. “Firsts” are simply encoded and stored better, and therefore processed more fluently. And fluency also helps explain why we prefer things that we’re exposed to regularly. “If you see something often, it’s much easier to process. That’s one reason brands sponsor events, because repeatedly seeing a sponsor’s logo encourages positives attitudes towards that stimulus,” he says.

Van den Bergh’s children – alongside his dislike of inefficiency – helped sow the seeds for another piece of research. When his kids were born, he tried in vain to make his food shop less stressful and more efficient. First, he tried online shopping, but found that ordering was taking him longer. Then he returned to the supermarket, only to discover the retailer would change the location of certain products every few months.

“I’d learn where the cinnamon was, and then it would move. It was really frustrating,” he remembers. “Lots of retailers re-route customers in the hope they will make more impulse buys, but I want my food shopping to be efficient. I want to find my milk, my butter and my toilet paper quickly, I don’t want a treasure hunt.” But out of the frustration, a question emerged. How can we increase the efficiency of a shopping trip?

For someone as impatient as Van den Bergh, the fact that 80 per cent of people’s time in a supermarket is spent walking, not buying, is anathema. Could he, he wondered, manipulate the supermarket environment to make people walk more quickly?

To help answer the question, he went back to a seminal study done almost 100 years ago by US psychologist Clarke L Hull. Hull put rats in a maze to study how fast they ran towards a reward, and discovered the closer they got, the faster they ran, something he called a “goal gradient”. You might notice it yourself if you have a loyalty card for a coffee shop, for example, because 80 years after Hull, researchers found that the closer people get to claiming their free drink, the more frequently they buy coffee.

Instead of rats in a maze, Van den Bergh used humans in supermarkets and DIY stores, and instead of manipulating the length of the aisles, he simply made them appear shorter or longer by marking the floor with fewer or more horizontal lines. “The idea was that as people get closer to their goal, they walk faster through the supermarket. Instead of altering the actual length, we manipulated the perceived aisle length. The aisle was always 20m long, but by dividing it into more or fewer segments using markings on the ground, we made it seem longer or shorter.” Sure enough, he found that when the end of the aisle seems closer, people walk faster through a supermarket.

Thanks to his bra buying, music playing and floor marking, Van den Bergh has revealed deeper insights into the decisions we make. “I like to think that I’m pretty versatile and, because I get bored very rapidly, I have a diverse and eclectic range of research interests,” he explains, “so sometimes my protocols are a little weird.” But out of the weirdness, maybe we might all shop more sensibly, make cooler-headed financial decisions – and know ourselves a little better.