As corporates around the world continue to grapple with their inclusivity and diversity, EUR has been looking closer to home. 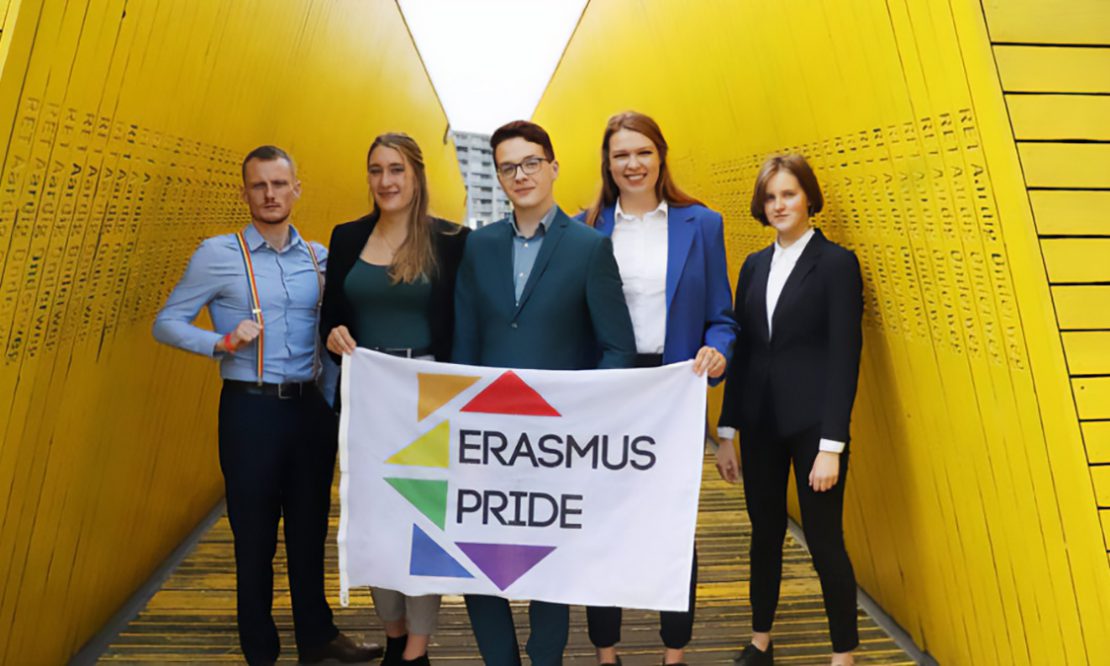 Since 2014, Erasmus has been without an LGBTQ+ student association (the previous group, Apollo petered out after long-running issues around subsidies and housing).

No longer: Erasmus Pride has just marked its first year of operation. Its outgoing chair, Fabian Lip (ESE and ESL, 2021) – who has gone on to the monkey rock on the Zuidas – says that issues around masculinity and safety mean that an LGBTQ+ association is essential, even in 2021.

So if the need is pressing, why has it taken so long? “There was a gay youth association in Rotterdam before, Apollo, but they ceased to exist a long time ago. I think they had issues,” Lip explains. In fact, back in 2006, Apollo looked like it would lose its subsidies; subsequently, the association faced problems with their housing. In 2014, the association was finally abandoned and as Lip puts it, “no one really picked up where they left off.”

And that matters, because even in 2021 safe spaces matter. Yes, students can join any of the many other associations, but there remain multiple and serious issues, as Lip points out. “Some associations have a strong macho culture, hazing, fraternities, sororities, or thinking in two genders.  All these things may be challenging for some LGBTQ+ people,” he says. “I’ve heard from people who leave associations because they feel unsafe, or don’t sign up because of the existing prejudices.”

But what about polarisation? Wouldn’t it be better to join these associations and change the culture from within? “It’s a line of argument I’m hearing more often: if you don’t want to be treated differently, why start a club for people who are different?,” he says. “ But you have to remember that in other associations, even when we’re accepted, we’re always a minority. Now, in our own ‘club,’ we are a majority. That makes it so much safer and easier for people to join. We focus on a safe space for the community – and that is complementary to the existing culture of associations. You can be a member of any association, and also a member of Erasmus Pride.”

Indeed, now Erasmus Pride is up and running, the goal is to stimulate diversity across all student associations. Sadly, there’s a lot to do. Lip says that over the past seven years, during which he was a member of Het Rotterdamsch Studenten Gezelschap, the president of  Roze Kameraden [Dutch gay and lesbian organisation] was threatened with arson, COC was besmirched and vandalized – and in Amsterdam, a rainbow flag resulted in an arson attempt on an apartment building.

“It is still very important for us to have our own association,” Lip says. “But the ultimate goal of Erasmus Pride is to connect LGBTQ+ students with all associations and student life. I hope that someday, Erasmus Pride will be a ‘normal’ association, without the extra focus on the LGBTQ+ element. For now, though that is a utopian dream.”

And as with everything else, Covid-19 has also played a role. The university’s student wellbeing monitor has revealed that while all students have suffered, the well-being of LGBTQ+ students has suffered even more. Fabian believes one of the main reasons is their situation at home. “Studying and working from home is far from enjoyable – but imagine having a religious flatmate that is intolerant of everything you do, and freaks out if you wear something colourful. Or maybe you’re still living with your parents, who don’t accept your sexual orientation, or maybe you haven’t told them yet. It makes this period extra tough.” This is where Erasmus Pride Pals comes in: a matching system that connects LGBTQ+ people together to go out for a walk – or meet to talk about their situation. “This is what really motivates me. We can reach out to people who actually need it.”

For these problems, the association founded Erasmus Pride Pals: a matching system that connected LGBTQ+ people together to go out for a walk, or meet to talk about their situation. Fabian reflects proudly: “That is what really motivates you. You can reach out to people who actually need it.”

After completing three BAs and two Masters degrees, Lip is a newly-minted member of the EUR alumni community. Today, he’s a Junior Advisor of Regulations & Policies at ABN AMRO at their Zuidas office –known locally as the ‘monkey rock’, for its hyper-masculine culture. How has he adapted?

“I always knew I wanted to work for a bank, but I was afraid of not being accepted. That is why I worked so hard, graduated from five programmes, and did all these extracurricular activities. I thought that my sexual orientation would set me back ten steps. First, they would see ‘gay Fabian’, and only then they would pay attention to everything I did.”

But happily, he has not found the macho culture on the Zuidas he feared. Quite the contrary: “I want to be expressive about my sexuality and who I am, and in my current job I can. They even asked me if I wanted to help them develop their D&I policy here. That gives me a feeling of safety.”

And founding Erasmus Pride continues to give him strength, and well, pride. “I use my identity as my strength, instead of my weakness. Erasmus Pride is my proudest achievement – more so than all of my degrees. I feel I’ve been able to leave a home for Fabians that are starting with their studies today. And that is so valuable to me.” 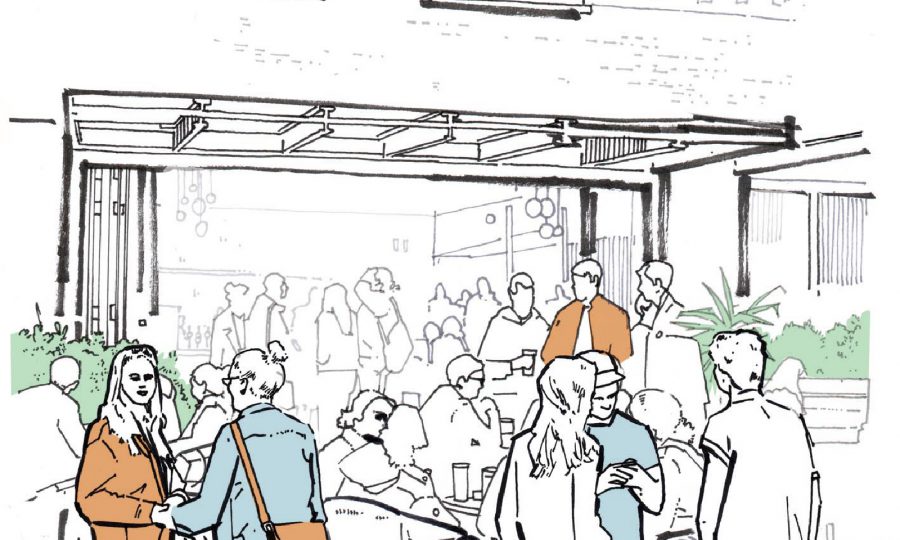 Casper Feldbrugge (Business Administration, 2020) on the student bar at the heart of life on campus.