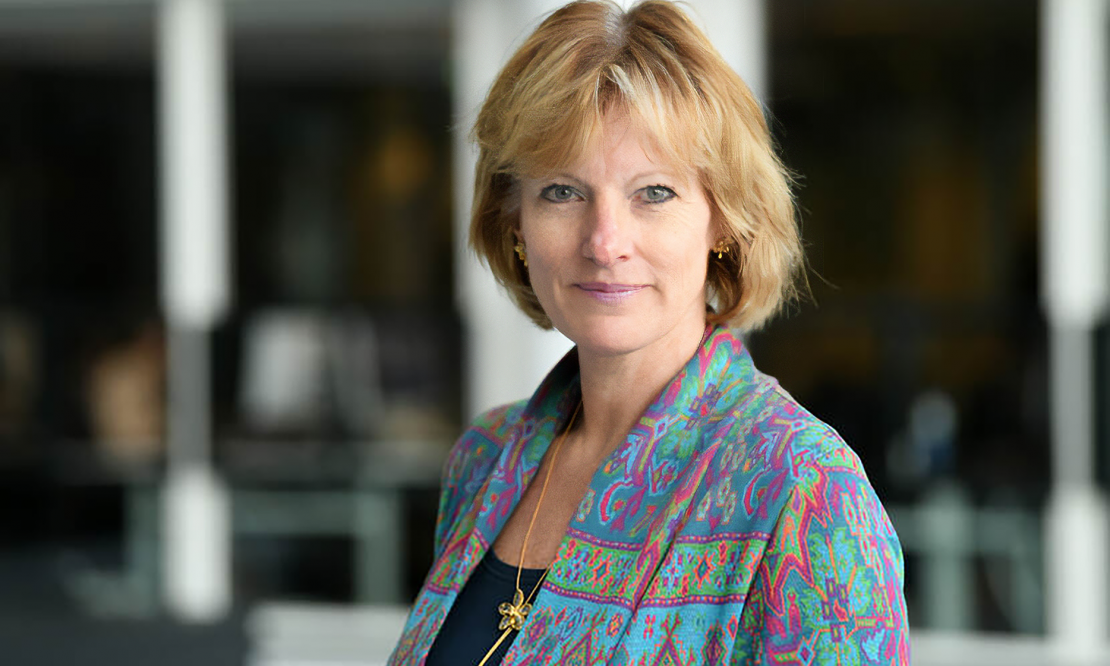 In January 2020, Margriet Vonno (MBA, 1998) posted a photo of the Ambassador’s Conference at The Hague and expressed her disappointment at not being able to travel. But it was not Covid that kept her grounded. Instead, with typical openness, Vonno wrote: “The reason I could not fly out is that I am currently under treatment for breast cancer. A big shocker.”

The diagnosis had come just four weeks earlier, after a few months of feeling inexplicably unwell. “When I was a child, my father had a small grocery store, so we couldn’t afford to be sick. I went to school even when I had a fever,” she says. “And we’d had an important FinTech festival in Singapore, followed by numerous engagements. I thought, ‘I’ve been working 24/7 and, of course, I’m getting older.’ But I just kept coughing and it was strange, really not me.” An MRI, ultrasound and biopsy later, and the diagnosis was confirmed – invasive breast cancer.

And then along came Covid. But for Vonno, a global pandemic was not the worst thing – that had already happened. And it also meant some respite from her usual relentless routine. “Normally I would have a lot of outside engagements, and it was usual for me to be out and about at least four nights a week and one or two days of the weekend,” she says. But as the pandemic intensified, ambassadorial life moved online – enabling her to keep working, despite undergoing intense treatment. She learned to make movies to communicate and connect online with her EU colleagues, to lobby together.

Today, almost 18 months on, Vonno’s cancer is in remission. It has been a long and often punishing road. But the experience has made her determined to share her story. “I’ve always tried to use my visibility to support sustainability and diversity – things I really believe in,” she says. “Here in Singapore, I’m trying to help LGBTQI people; in the Netherlands, I was keen to support women who chose to wear a headscarf to enter policy positions, not simply secretarial roles. Whatever my surroundings, I try and identify unconscious bias, to consider where I might be able to use my privilege to open a door.

“And so I knew I had to be honest about what was happening to me. Here in Singapore, and in other Asian countries, there’s still a lot of stigma around breast cancer. Families often don’t want to share the news publicly. Talking to my surgeon and working with the Breast Cancer Foundation of Singapore encouraged me, and they were clear: ‘You can make a difference if you’re open.’ So, I posted about it on LinkedIn.”

As a diplomat, Vonno employs a range of approaches to spreading influence and leading by example – only a few of which involve Dutch forthrightness. Before Covid, she hosted an LGBTQI event at her ambassadorial residence, working with Amsterdam-based NGO, Workplace Pride, and major corporations such as IBM and Shell. It was a private event, which meant it avoided drawing the attention of local authorities – in Singapore, same-sex relations are not recognised under the law. “I didn’t want to show off about the event; I tried to do it in a way that respects local circumstances,” she says. “I’ve learned to be more Asian, not so much in-your-face, not so Dutch. But I still adhere to my values, and that’s authentic. I also try to listen to all sides.”

It’s an approach that comes naturally to a career diplomat who has served her country all over the world. “With some people, if I come to them and say, ‘I want this and that, and this is the way you should do it,’ they really don’t like it at all,” she says with a smile. “In my line of work, you meet all sorts of brilliant people, the best of the best, and I can acknowledge that they’re much smarter and better than me. But I can help connect them, I can ask questions, and so I feel comfortable in my own role. I try to focus on helping young women, too, and with them it can be valuable to give them the floor. That’s something I can do as a woman in a leadership position.”

Vonno’s desire to champion young women stems from her own early career experiences – even to this day, she can be the only woman in the room at some official functions. “I started at a management level when I was young, and that was quite rare at the ministry at the time,” she recalls. “Every time I came to a new job, they said, ‘Oh, there’s the new secretary’. But then people saw me at work and thought, ‘Oh, she is capable. Look at her!’ By taking it step-by-step, I built up a lot of respect.”

Age and seniority have brought benefits. “It’s easier now I’m older and in a position where people can’t ignore me. Once, when I was a student at an event with an all-male panel, I asked, ‘Why are there no females?’ and was ignored. I still ask the same question now as an ambassador, but people can’t ignore me anymore. Looking back, I would have liked to have been less humble when I was younger – and more daring. At first, in meetings, I would sit on the edges and wait until somebody asked me to speak. Well, that didn’t work at all. Now, whenever I’m in a meeting, I go to the front row, or in the middle of the table. I expect to sit there – and then people come to expect me to sit there as well. Now, I tell young women: please do attempt things, because though you might get a ‘no’, you will learn so much just by trying.”

Such assertiveness may not infallibly bring results, says this self-described “strong woman”. But it is a source of great personal satisfaction. “Because I don’t really care about status or money or my next position – I tell people what I really want. Sometimes I get demoted, sometimes I’m promoted, so it’s not always working for the best, but I’m happier.”

Vonno has plans for the year ahead in her Singapore posting. “There will be more focus on sustainability, water management and innovation,” she says. “And I’m trying to give back to the community – for example, dealing with some former Shell CEOs, and with universities, to help young female graduates. I always try to achieve more than just business for the Dutch.”

After that, there will be personal choices to make about that next position. Vonno is still considering her options – she loves being an ambassador and knows she can deliver. One route might lead back to the Netherlands, but the corporate world exerts a strong pull. “I could go into business, maybe in public affairs. I’ve done my MBA and I really love working with businesses. RSM taught me to think like an entrepreneur, and that has helped me become a well-connected and appreciated ambassador among the business community here in Singapore. I understand what they need, and I’m willing to think creatively about what can be done, instead of saying, ‘This is the rule’.”

Whatever the future brings, the past year afforded unexpected opportunities for reflection. In December, the photo accompanying her embassy Christmas message showed her crop-haired from chemotherapy, standing in a radiant red dress amid Singapore’s Gardens by the Bay, reflecting on the “year of cancer, Covid, but also of consolation.”

What fresh insights has this year unlike any other brought? “That I’m not a victim, and I’m not a warrior,” she says, firmly. “I don’t like the way cancer is described most of the time. I was unlucky, but everybody has ups and downs and a diagnosis like this is so normal, in a way, and I made it part of my normal life. It was a humbling lesson, and I feel I have more empathy. I can relate to people even more than before, so it’s also made me a better manager. And, ultimately, what I’ve found is that the more vulnerable or honest I am, the stronger I become. This is who I am.” 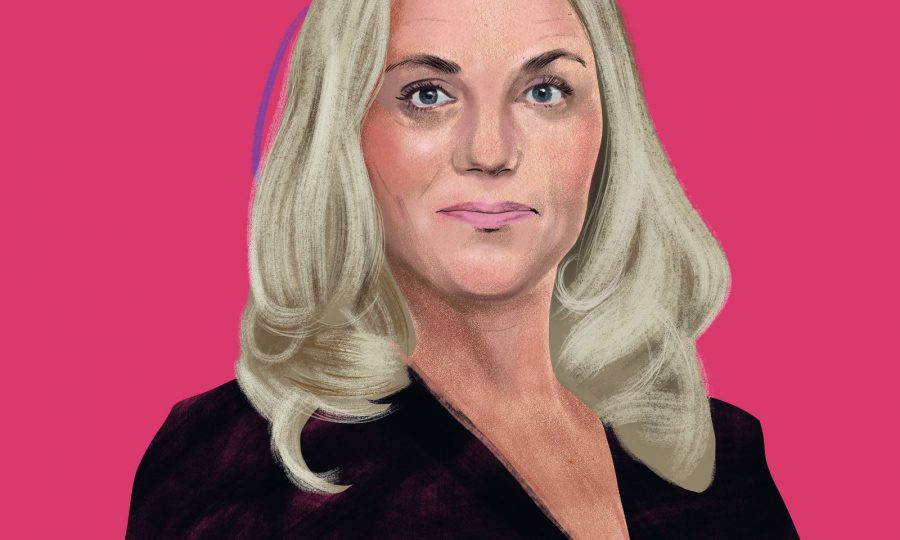 Think again. When it comes to addressing bias, Dorothy Grandia says we all have work to do to achieve more diverse teams. 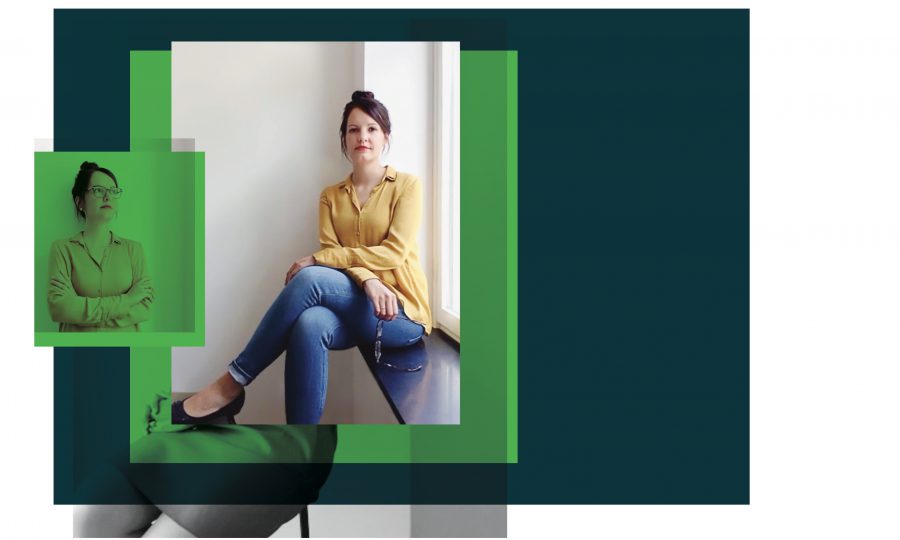