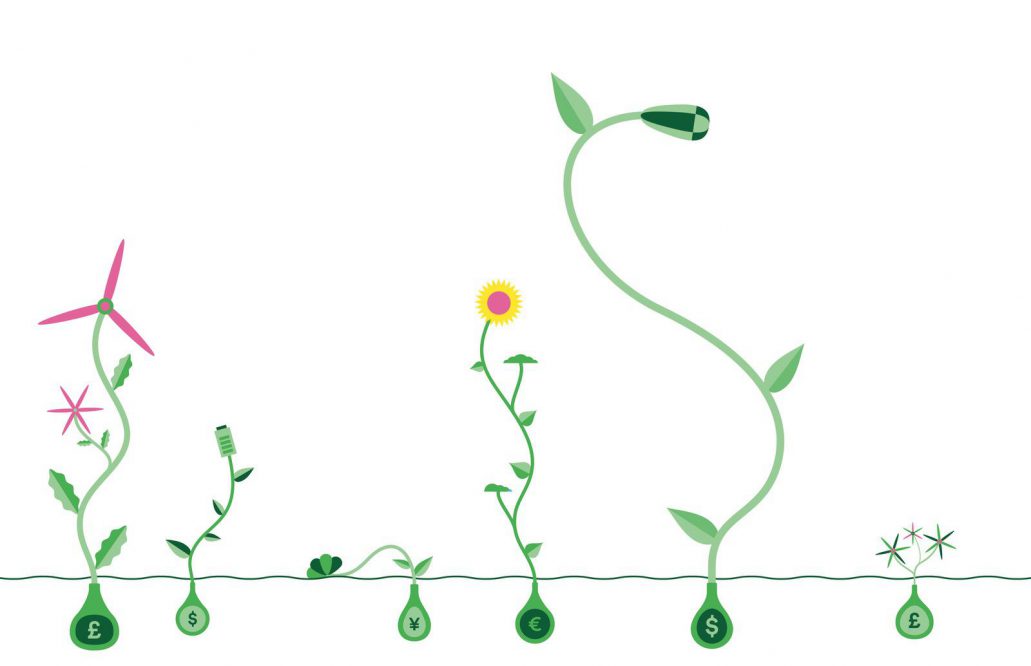 Back in 2007, the European Investment Bank issued the world’s first green bond. The concept was good – a loan, issued by both companies and countries, to fund projects that have positive environmental or climate benefits. Over the past 10 years, the market has grown exponentially, as bonds are snapped up by ethically minded investors, and demand has outstripped supply three to one. But there are flaws – and somewhere along the line green bonds lost their way. Now, Dr Dion Bongaerts, Associate Professor of Finance at RSM, thinks he may have the solution.

Bongaerts’s first doubts came during a call with a contact in the banking industry. “I wanted to know more about this strange construct, the green bond,” he recalls. “During the call, I became more and more surprised.” He’d expected funds meant for environmentally-friendly purposes would be firmly ring-fenced, or carry a lower credit risk to entice investors. “But the only edge investors got was that they could wave around a bit of paper saying, ‘Look, this is how much I’ve contributed to green investment’. And I thought: ‘We can do better’.”

With his colleague, Dirk Schoenmaker, Professor of Banking and Finance, Bongaerts has identified three major problems in the current system. First, because green bonds are issued separately from conventional bonds, the market is fragmented. A more fragmented market means higher transaction costs, which makes green bonds less appealing to investors and therefore results in their commanding higher interest rates – which in turn leads to unnecessarily high funding.

Second, most green bonds go towards financing existing projects, rather than nurturing new initiatives. And third, the structure of green bonds doesn’t make it easy to understand where the money goes or how green investment produces results. This lack of transparency is not just bad news generally, but bad for investors too. “No one is checking. Because trading on information isn’t worthwhile, it’s not worth looking for information. And if no one looks for information, it’s very easy for firms to engage in ‘window dressing’ or greenwashing.”

The solution? “What if green bonds were split into a regular bond and a new element, a green certificate, which would earmark money for specifically environmental purposes?” suggests Bongaerts. “This results in a product that is incredibly simple, but with several benefits.”
Stripping – where separate features of bonds are split – already occurs in other bond markets. In the case of green bonds, money spent on an accompanying green certificate would be more accountable. “You make it clear how much is earmarked, what this achieves and how much earmarking costs.”

This means investors would be more likely to trade on information related to environmental performance of green projects, and prices would reflect that knowledge. And if the market is better informed, it gets better at rewarding projects that work – those that manage to cut emissions or boost the environment.

So, rather than fragmenting the market, a single larger issue of a bond, with a separately priced green certificate attached, would help iron out market imperfections, says Bongaerts, and make for a more liquid and enticing market. The more trade there is, the more investors are willing to pay, which cuts costs for issuers – be they countries or companies. “If you make the total number of bonds issued larger, the cost of debt falls and everyone benefits,” he says.

And crucially, because new environmental projects enlarge the issue sizes of bonds, it becomes less likely that green funds go towards merely refinancing existing projects. “As a result, since investors can more easily trade on information related to environmental performance, companies are less likely to conduct projects that look green and fancy but are completely pointless for the environment.”

Ultimately, if this system gets adopted at a large scale, additional benefits materialise. It would deliver green financing instruments to smaller companies, for example, and boost the volume of new initiatives. “Our proposal removes hurdles for smaller businesses, who have green projects that are too small to justify issuing a special green bond for,” he points out.
To date, the researchers’ have used a theoretical model to show that the concept of a bond plus green certificate could work – but it can only be effective if it can gather momentum, says Bongaerts. “As a prerequisite, it requires some small regulatory changes to ensure that environmental investment goes where it’s intended.”

Denmark is currently mulling the idea of issuing green certificates, rather than separate green bonds, and Bongaerts believes this would send a wider signal. If countries start issuing green certificates, the market is likely to follow, since sovereign bonds, especially creditworthy ones, are widely sought after. “Most people agree that this system is superior conceptually, but there needs to be a critical mass and some regulatory changes to ensure that environmental investment goes where it’s intended.”

Another potential hurdle may be, as his banking colleagues pointed out, the increased transparency. Some investment managers baulked at the prospect of spelling out to investors how much it costs to fund green initiatives. “They suggested that investors might not want to know how much they’re paying for a better environment,” says Bongaerts. “And that really worries me. Because if investors really don’t want to pay, then trying to solve this huge problem through capital markets is the wrong approach. Misleading them into doing so is also unethical. But I am optimistic that demand will materialise, even with such cost transparency.”

So he should be. His research has, he believes, offered a solution – a more accountable product that eradicates ‘greenwashing’ and lowers the financing costs for environmentally-friendly initiatives – but the challenge is now to win over markets.