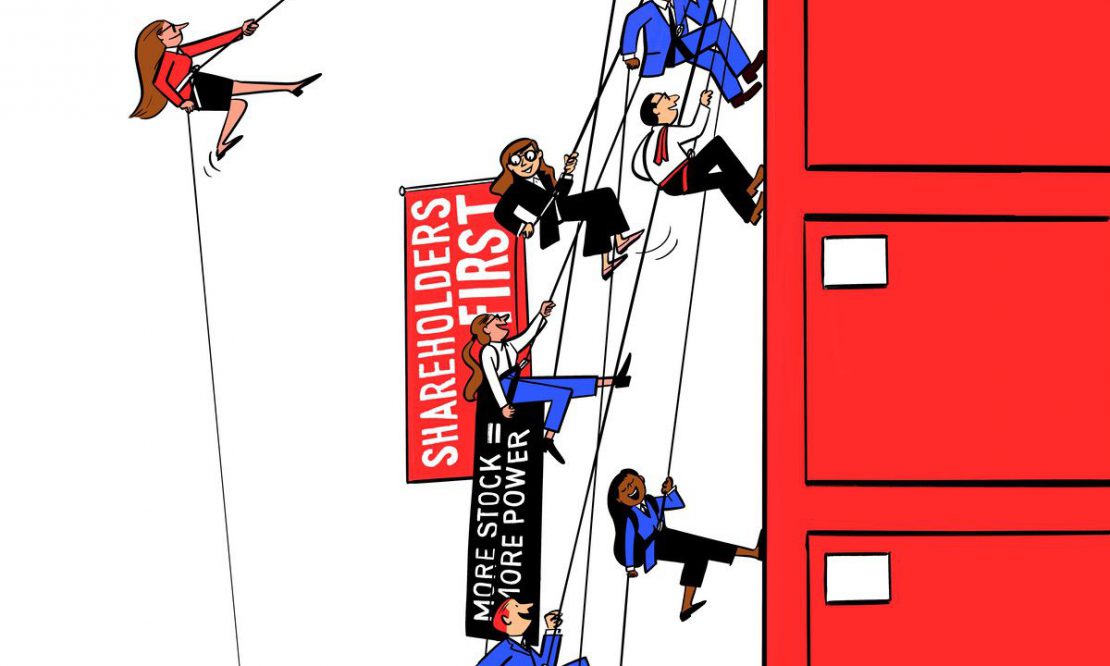 Barclays. Groupe Renault. Bayer. They are among some of Europe’s most longstanding and high-profile originations – and yet all three have, in the last year, been targeted by activist investors. But while activist investor campaigns – which can target anything from boardroom pay to strategic
direction, always accompanied by a battle cry of “We own the company” – regularly hit the headlines, relatively little is understood about their longterm impact on targeted companies. Dr Emilio Marti, Assistant Professor in the Department of Business-Society Management, thinks that has to change – indeed, he is interested in understanding the impact of investor pressure not just on the companies themselves, but on the wider economy and on the planet, too.

“There’s no question at all that investors of all kinds have become far more influential over the past couple of decades,” he says. “However, there’s not a lot of research out there to tell us what the implications of this might be for companies, and how they’re managed, and the decisions that management take.”

Marti’s research makes an important distinction between two types of investor pressure. The first is the kind that comes from hedge-fund-driven investor activism. This may take the form of damaging, high-profile media campaigns and proxy contests, in which other shareholders are recruited to oppose management.

The second is the softer, more behind-the-scenes influence seen in shareholder engagement activities. This is typically exerted by institutional investors such as pension funds and insurance companies and, to a lesser extent, individual investors. This group tends to seek to raise environmental, social and corporate governance issues with corporate management, through regular meetings with the management, or by filing or co-filing shareholder proposals (also known as resolutions) that are voted on annually by the company’s entire ownership base.

The first kind of pressure has tended to dominate the headlines. It follows an established playbook: an activist investor – typically a hedge fund, sometimes a private equity firm and occasionally an ultra-high wealth individual – targets a company that they believe to be undervalued or poorly run. That investor then lobbies, often aggressively, for boardroom shake-ups, cost-cutting exercises, the sale of underperforming business units or even the company as a whole.

This frequently results in long-established companies being thrown into disarray – so are these activist investors villains or heroes? According to some, they’re a new breed of ruthless corporate raiders, bullying hard-pressed management teams just to make a quick buck. Others see them as a band of gutsy changemakers who spur complacent executives into action and galvanise sluggish companies.

But whatever their motivation, the global number of activist campaigns, and the amount of capital tied up in them, now sit at record highs. According to Lazard, the global financial advisory and asset management firm, 2018 represented a high watermark for activist activity. A record 226 companies worldwide were targeted by activist investors, compared with 188 companies in 2017.

Moreover, what was once a largely US phenomenon is spreading. In particular, activist investors are increasingly targeting companies in Europe, where corporate governance reforms in recent years allow investors greater access to corporate boards.

In 2018, the number of European companies targeted was 58, according to Lazard, up from 52 in 2017. They included transport company FirstGroup, where activist investor Coast Capital Management failed in its bid to unseat six out of 11 board members, but succeeded in getting the company to announce the sell-off of its US-based Greyhound coach business and the resignation of chairman Wolfhart Hauser

In practice, Marti contends that hedge-fund activists are most likely to be driven by short-term financial gain. In order to explore the issue, he has teamed up with Mark DesJardine, Assistant Professor of Strategy and Sustainability at Pennsylvania State University’s Smeal College of Business. Through the quantitative analysis of a large pool of company data, they and other researchers are looking to determine the impact of hedge-fund activists on corporate sustainability strategies.

It’s still early days for this type of research, he says, but initial findings suggest this influence is rather negative. “The key reason for this seems to be that most of these campaigns take less than six months from the hedge fund buying shares to them exiting the company when the share price has risen,” he says. “But corporate sustainability is about more long-term opportunities, about building a good reputation over time, about winning the goodwill of important stakeholders. It also pays out because companies reduce risk, but, again, those risks materialise over the long term. So, within the investment horizon of a hedge-fund activist, corporate sustainability is just not that important a factor.”

But what about those leading the targeted companies? Investor pressure is clearly here to stay – boardrooms must learn to accept and manage the trend. Shareholders are, after all, legitimate company owners, whose opinions on company direction and strategy deserve a fair hearing.

That’s true even at the earliest stages of a company’s evolution, long before it is considering public ownership, according to Alexander Ribbink (MBA, 1990), a partner at venture capital (VC) company Keen Venture Partners. As a VC investor, Keen will normally take a minority share in a company in which the founders remain very much in control, but will certainly seek to influence their decisions in ways that are best for the company.

“From our perspective, a fallout with a founder is a failure for us. But that’s the worst-case scenario. Our aim is always to help founders, in whom we’ve made an investment because they seem like sensible people with a good vision and a good plan, to execute on that. We don’t see ourselves as activists as much as guides and influencers,” he says.

At large, listed companies, meanwhile, executives must work on developing strategies that help them to engage positively with all investors, regardless of the tactics they use to push for change, according to a May 2019 report from management consultancy firm PricewaterhouseCoopers.

When interacting with shareholders in general, the advice is quite simple: start a pattern of regular shareholder engagement to keep lines of communication open; respond directly to the instigators of shareholder proposals and “Vote no” campaigns, in order to discuss their concerns; and reach out to all shareholders, to articulate the management’s vision and keep them on side.

In the case of activist hedge funds, however, things get more complicated. First, board-level executives should start by having a clear, coherent view of their company’s weak points and underperforming assets and, where possible, address them. “Once a company identifies areas that may attract activist attention, engaging with other shareholders around these topics can help prepare for – and in some cases may help to avoid – an activist campaign,” says the report.

They should also be monitoring shareholder positions and observing how activists operate, to assess the risk of their company becoming a target. “Ask to hear from consultants, industry analysts or others from outside the company, to get a better understanding of how the company is seen by investors and potential activists and where its vulnerabilities are.” Even if executives decide not to make changes, “going through the critical process will help company executives and directors reaffirm and articulate why they believe the company is on the right course”, it advises.

If they subsequently become a target, their response should follow three principles: objectively consider the activist’s ideas; look for ways to build consensus; and tell the company’s story well. Since the activist is likely to be engaging with other shareholders, it is important that all investors hear regularly from management and the board.

For all businesses, and all business leaders, the best defence against activists may be strong performance – but, today, even that is no guarantee. With investor pressure continuing to rise, there’s plenty to give business leaders sleepless nights. Difficult conversations may be unavoidable, but keeping them open, honest and constructive can be a powerful strategy.”

And, increasingly, those difficult conversations may focus on environmental issues because, as Marti points out, the concerns that investors raise with corporate leaders tend to reflect the concerns of society at large. “There’s plenty of scope here for shareholder pressure to drive positive changes in company practice that benefit the environment,” he says. “My job is to identify which kinds of shareholders and which kinds of pressure are driving that positive change – and which have the potential to hold companies back on the journey to a greener economy. 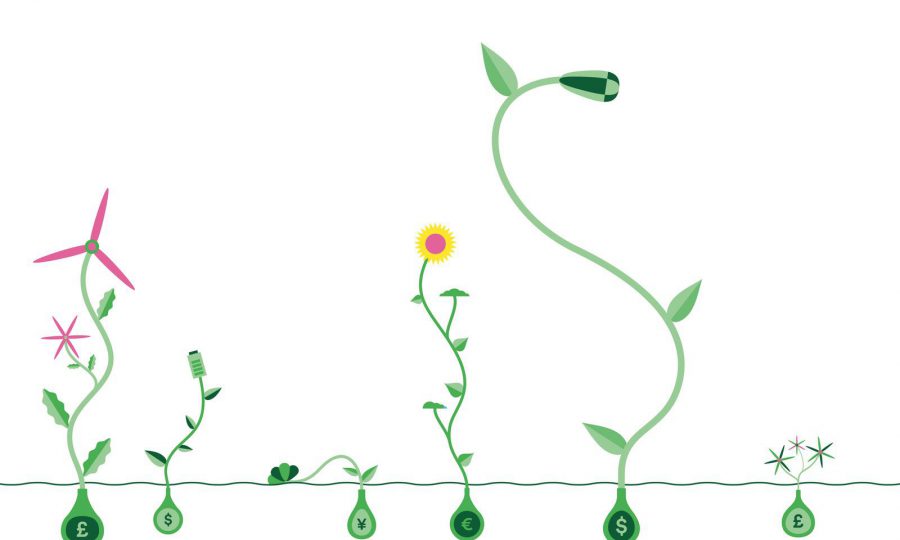