We dive into the reality of entrepreneurship

So you want to launch your own startup. What do you need? Capital, of course. Determination. And most of all? Passion. At least, that’s the narrative. But of course, it’s not enough. Starting a business is dirty, difficult and frequently frustrating. Most don’t become unicorns. Many fail. 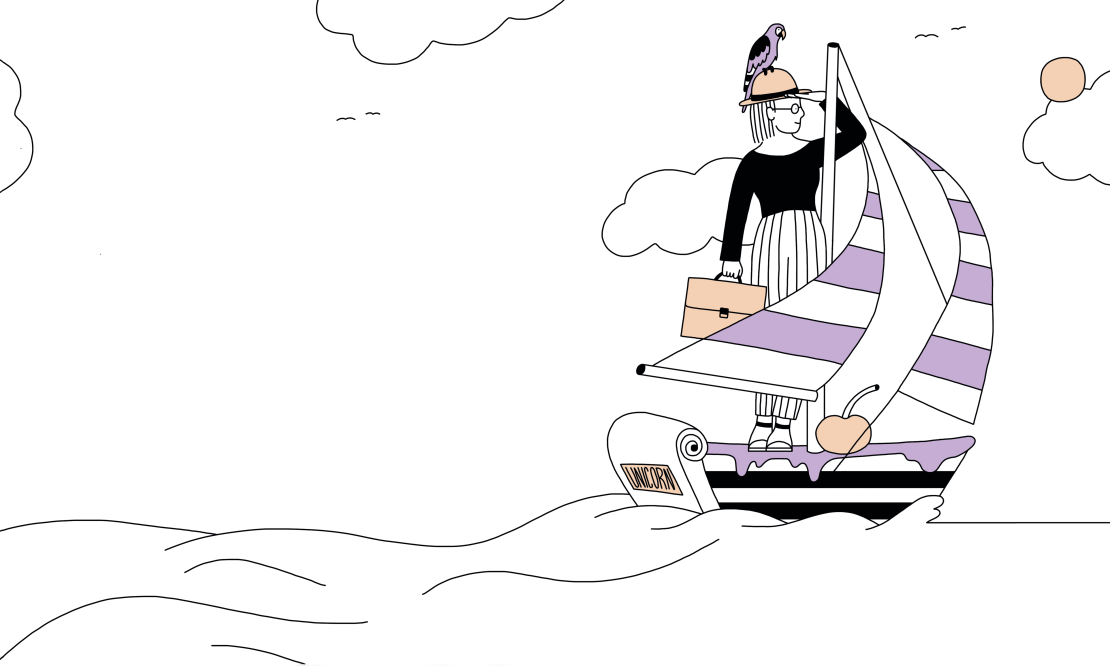 From your passion as an entrepreneur, springs vision. That vision will empower you to persuade others to share your goals. That persuasiveness will win you financial backing. Congratulations! Your startup-to-unicorn journey is
now assured. Right?

Wrong. Dear visionary would-be startup founder: there is no path. There will, however, be many unpredictable obstacles.

“Paths are only linear after the fact,” says one of RSM’s successful graduates, Ruben Schultz (IM/CEMS, 2015), co-founder of Swoop and Moovs, a tech solution for group transportation owners in the US. “If I tell you my story now, it’ll seem obvious: ‘Oh, you worked at Groupon when it was a young startup, then went to Google, then Facebook, then founded your own business. A typical path, right?’

But had you asked me when I was at Google, I had no idea where I was going. Steve Jobs talks about this in his commencement at Stanford – the puzzle pieces only fit in after the fact. Along the way, you have to trust the process. You never know what’s coming.”

‘Trusting the process’ requires embracing more uncertainty than the cult of the ‘visionary founder’ generally acknowledges. “It was fuzzy. The route was chaotic at the beginning – it was very unclear where we were going to get to,” says Micky Chen (IBA, 2013), co-founder of Minite, a platform that matches highly-skilled and vetted
business students looking for freelance work opportunities with startups searching for flexible workers. “Because of the way we work, being customer-centric, the challenge is your platform could look very different six months from now, because we always build new features and functionalities based on customer feedback.”

Both Chen and Schultz, and their co-founders, faced immediate challenges. Schultz’s Swoop aims to bring an outdated business sector – where reservations are still made with pen and paper, and payments accepted in cash – into the online world through the development of not merely a booking platform, but an entire suite of technological solutions. “We received our seed money the day Tom Hanks got Covid,” recalls Schultz. “The day the NBA got cancelled. So you think you’re going to grow a transportation startup during a pandemic? That takes resilience. It’s not like you’re in a big company where you can opt for a limited action, like a hiring freeze. You are directly responsible for the entire business, and it’s really, really hard.”

Chen and her Minite co-founder, and sister, Linky, had spent months rigorously researching their model. “You have to discover whether your idea is really needed,” she says. “Is it solving a problem that only a few people or a few companies are having? If so, then it’s just a hobby, not a viable business. I talked to a hundred entrepreneurs about how they attract talent. I talked to hundreds of students about whether they knew what they wanted to do when they graduated.”

That model of being highly responsive and needs-driven meant the initial website offering started out simple, so it could constantly evolve. “It was basic, a minimum viable product. Most companies outsource the development of their product, but that’s costly and risky, especially for a startup, so I built the platform myself. Every week I would speak with as many users as I could and, based on what they wanted, I added on new features.”

When the time came to launch the standalone functional version of the Minite website, it didn’t go according to plan. “I always said I wanted a 95 per cent match rate between candidate and job, which is insane for a platform, but I felt we needed to aim high to establish our reputation,” says Chen. “When the first job was posted on the website, we had a number of students respond, but we didn’t make that perfect match as fast as we wanted. It freaked us out a little. But we realised it was a matter of tweaking the process. And just 24 hours after that, the first one got hired. For us it was an ‘oh no’ moment that we turned around into a ‘woah’ moment. We now have a 98 per cent match rate.”

Beyond the obvious product and offering development challenges, there is also the necessity of navigating an entirely new way of life and its demands. “Starting up a business, you are resource constrained,” says Schultz. “You have x amount of money and you have to really think about how you’re going to use that. People tell you, ‘Oh, time
is your most valuable resource, so protect it, outsource, spend money on hiring people’. But in a startup you don’t have money, so you have to use your time.”

Indeed, the energy and pace of a startup can do strange things to time. “Every day feels like a week,” says Schultz. “I feel like the last three years have been 10 years of learning.” But time isn’t an infinite resource either. Even when buoyed up by a founder’s passion, you only have so many hours to give. “When it’s your own company there’s such intrinsic drive,” says Chen. “My sister and I were working till really late – at 2am we’d still be going back and forth on emails. Even then I’d be saying, ‘I’m not really tired, because this excites me, and I love doing it.’ But when you’re tired, you’re much less productive.”

While still putting in those hallowed long hours, Chen has taken steps to protect herself – and her productivity. “We do have a mandatory rest day now. We do not work on Saturdays. And I go to the gym five or six times a week. You’ve got to recharge your batteries. You can’t just go on and on.”

Above all, the successful founder is the resilient founder, one who pushes through difficulty and learns from it. “There are a lot of really hard lessons,” says Chen. “In particular the realisation you can’t do it all by yourself. You want to, but no one is good enough to be able to know and do everything, so you need to learn when to let go,
when to delegate, when to hire someone to do something for you.

“It’s so hard for most entrepreneurs to take things out of their own hands, but it’s so necessary if you want your business to grow,” Chen says.

Minite is now expanding rapidly after the sisters, who initially self-funded the company, decided they were ready for
the next step: bringing investors on board. “We started thinking, okay, we can continue to cover everything ourselves, but are we going to grow from 10x to 100x – or from 10x to 10,000x? That’s the difference between raising funding or not. And we decided, let’s do it, let’s skyrocket that growth. We asked for $300,000 and, ultimately, we were offered $750,000, so we were able to shortlist our investors and pick. It’s a really nice position to be in, and something we never would have expected.”

Such success doesn’t just magically show up, and it’s certainly not conjured by passion alone. “It’s definitely hard bringing that much money on board,” says Schultz, who has raised more than $3m in the initial funding round for Swoop. “Honestly, you should write a Post-It note and put it on your laptop saying: ‘My first 50 interactions are going to be a no.’ You’ll get rejected – that’s part of the contract you sign when you start a business.”

But all those hard lessons are bringing you closer to your goal – building a company that’s solving problems out in the real world, and which will hopefully reap financial rewards one day, too. “You go to bed most days feeling excited and energised for the things that you’re building,” says Schultz.

“But there are also a lot of nights when you’re struggling, thinking, ‘Was this the right choice?’ Everything you do as an entrepreneur directly impacts the outcome for your company. And it’s that which pulls you through the hard days.”

Have you got a story to tell? We’d love to hear about your startup journey – the good and the bad – so email us at alumni@rsm.nl 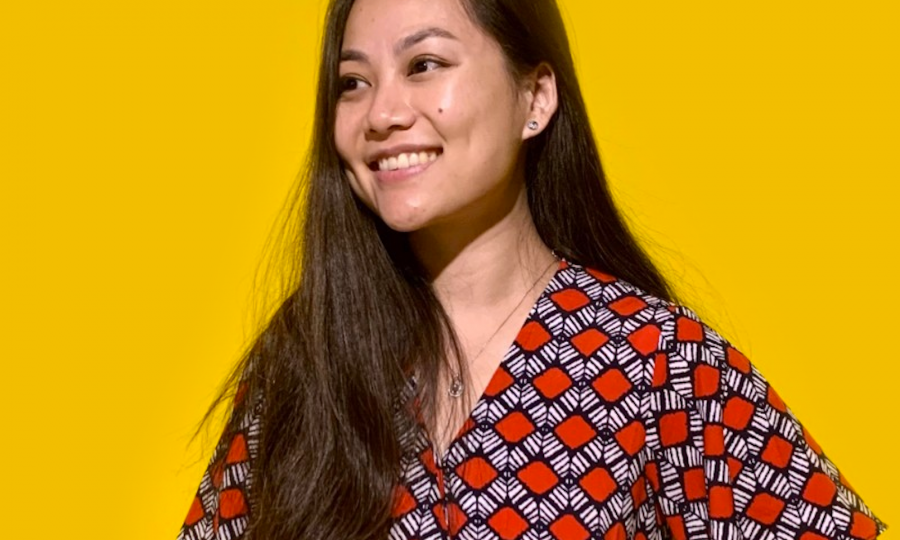 Why Students as a Service is a thing

Ninety-two per cent of startups fail within two years because they lack human resources and eight in ten graduates wish they had more work experience. That’s a perfect opportunity says Micky Chen (IBA, 2013). 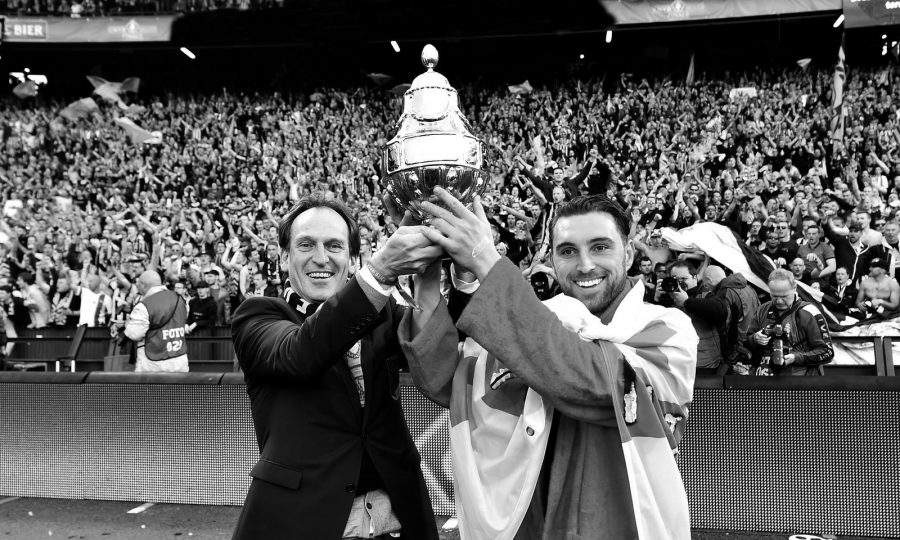